In the following article, we’re going to talk a bit about how this will be brought to the consumer. We will be answering questions such as: “when will it be ready?”, “how expensive will it be?”, “what device will we be using to make augmented reality Skype calls?”, and more importantly “what’s the deal with augmented reality, anyway?”. All these and more you will find below. 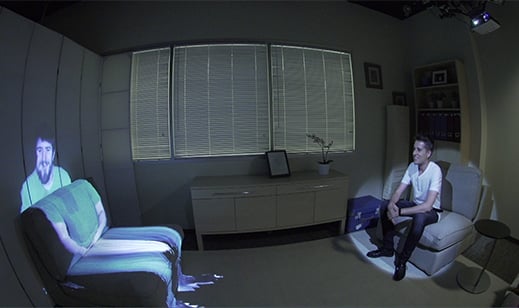 Augmented Reality Skype Calls – What We Know So Far

Basically, Microsoft has been testing the concept of augmented reality Skype calls for a while now. Dubbed Project Room2Room, the research program focused on experimenting with all the different types of technologies that exist (from depth cameras to the HoloLens, and to the devices beyond) and trying to come up with ways in which augmented reality video calls could become a reality.

And they managed to do just that! However, their breakthroughs are still work-in-progress. What did they do, exactly? Let’s find out by looking at the exact process:

So what was this experiment for? As we can observe in the image above, the quality of the image is, as of now, pretty low. Wil this be improved upon? Well, the researchers tested their augmented reality Skype call by making the subjects give instructions. So, person 1 tried to instruct person 2 to construct a 3D shape out of a few blocks. The results were as follows: 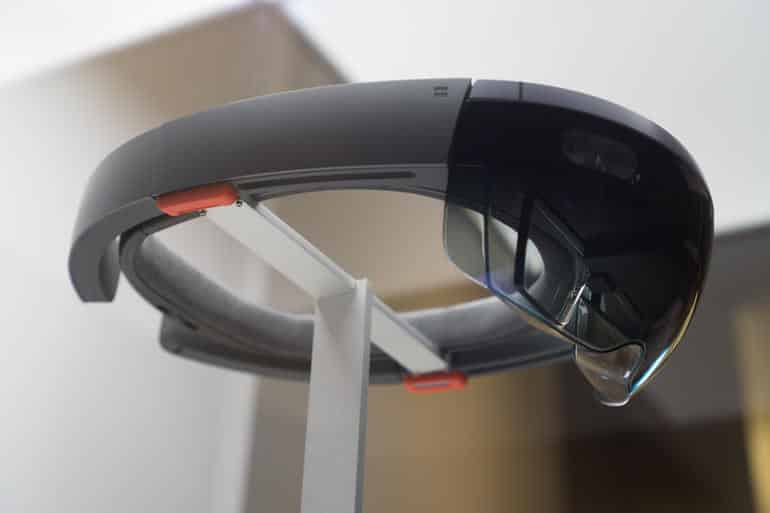 The bottom line is that augmented reality Skype calls, while not as efficient as face-to-face talk, can still be very effective. If augmented reality can save 2 minutes off of your precious time, then I’m all for it! Still, the idea behind this experiment was not so much to save time, but to make Skype conversations more lifelike, where two buddies can sit and have a friendly chat and not talk only about work.

If the Room2Room team manages to bring augmented Skype calls to life, it will surely be a revolutionary move. That’s because the main problem people have with Skype today is that it’s too impersonal and it promotes coldness in workplace relationships. But if this project proves successful, you can say goodbye to that.

What the Microsoft project aims to do is bring friends who are far apart closer together. But there’s one small problem with this: it doesn’t look all that well by now. Certainly, you can see that the image above is not HD or anything. Hopefully, that will soon change.

What does the research team have in plan? Well, first of all, Microsoft HoloLens integration. This could bring it all to a whole new level and possibly enhance its resolution. The team is also thinking about how something like this could be adapted for the Oculus Rift. Seeing as technological advancements in the area of virtual reality and augmented reality are blooming, now is the perfect time to push of software that will be able to work on these devices and enhance the user’s experience.

This is why the Oculus and Sony are both working on developing over 100 VR apps before the launch of their devices. That is why the Microsoft HoloLens developer kit costs about $3,000. Not everything rests solely on the power of the device, but on what people can use it for as well.

The HoloLens has been advertised as mostly a work-related device. Something that people can wear while at work, go to meetings with, and present projects on. This has further been promoted through the use of spatial integration and recognition of other HoloLens devices. While in a room, for instance, users can place a 3D object on the table and then move around with the object staying in the exact same spot.

How can this be done? Well, it’s simple: the device uses both motion tracking sensors and 3D scanners to create itself a virtual image of the person’s surroundings. After they place the object, it’s no longer something seen as a “hologram” – it becomes something semi-real: in the algorithm of the device, it’s seen as real, no longer just a projection. Is this scary? I don’t know.

Now imagine the technological prowess of the Microsoft HoloLens teamed up with the ingenuity of augmented reality Skype calls. Soon enough we might be going to a meeting while some of the staff members are in totally different corners of the world. We here at OpticsGamer dream of a day when augmented reality Skype calls will look just like in the picture of the Star Wars Jedi Council below.