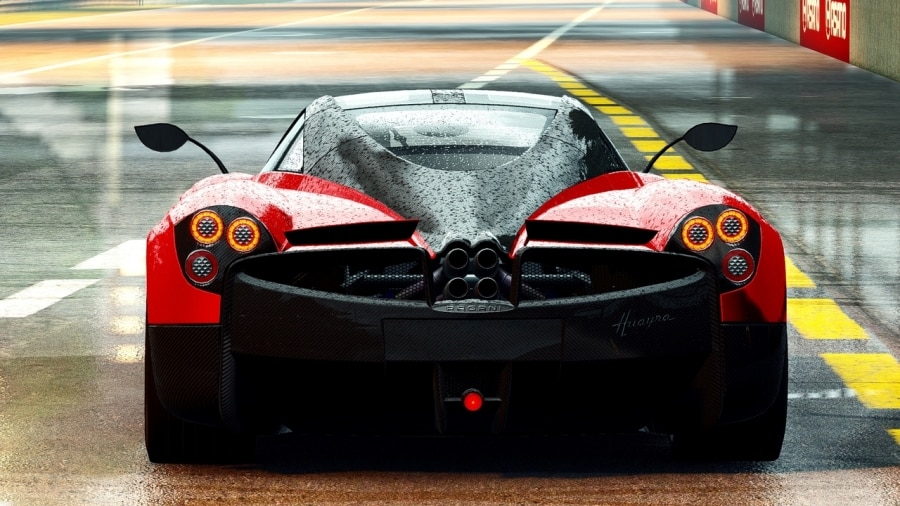 Onward with our list of Oculus Rift games, we get to the best Oculus rift racing games. In keeping with the theme of the last article where we talked about simulators, this week we’re going to look at the Oculus Rift games out there that are designed for racing exclusively.

Because this list will focus exclusively on Oculus Rift car games, our picks follow these criteria: first, the action had to take place on a track, second, they had to feature a competitive environment, i.e. an actual race, and third they had to be fun and worth reviewing (of course). So without further ado, let’s see our six picks for the best Oculus Rift racing games.

The ultimate racing experience for the Oculus Rift, iRacing is simply well-made. After a bit of calibration, we actually managed to jump right into it. The game features all sorts of races: from Formula 1 to Nascar, and back to Formula 3. It’s a game full of excitement and thrill, with the competition feeling absolutely real. The major change from the actual PC version is, of course, the level of immersion. When putting on the Oculus Rift racing helmet, adjusting your steering wheel and your chair, the game feels suddenly alive.

Let’s say you go around a bend and your try to overtake another racer. What usually happens on the basic, flat screen version is that you can’t feel when you’re going to collide with the car in front of you, so you’re not able to pull back in time. On the other hand, when you do so with the VR games’ headset on, you’ll know exactly when to break and how much to break so that you don’t collide with the person in front of you, and that you also don’t remain too far behind.

Well, as exciting as real rally racing can be, computer rally games have always fallen short of the actual excitement that normally surrounds the exhilaratingly dangerous motorsport. However, with the advent of the Oculus Rift headset and its Oculus Rift racing games, we might just get close enough to actually feel like we’re in a rally.

Dirt Rallly is complete with everything you need to get that authentic feel. And if you’ve had some experience, you’ll know that getting an authentic feel from a video game is particularly hard, even if it is part of the games for Oculus Rift. The best part about it is how well you can see your surroundings.

In a rally race, being able of moving your head is crucial. In the flat screen version, you can’t do that as much. Here, however, when you need to look out the window at the hairpin turn ahead, you can do that. The result? A true feeling that you’re there.

Another valuable mention on our list of best Oculus Rift racing games is Live for Speed. This racing simulator provides a realistic racing experience for both multiplayer and single game modes. Take driving lessons in the training mode, set and upload your personal best to LFSWorld, and more!

You can set your Live for Speed races to run for a specific length of time or to end after a desired number of laps. Gamers race against the clock, alone, or against AI drivers. However, we suggest you use the multiplayer mode and race against real people online. That’s were all the fun is, trust us!

Okay, simply forget all the games we just talked about because this is the best Oculus Rift racing game. Project Cars offers the ultimate driver experience, combining fans’ desires with developer expertise. Enjoy world-class graphics and unrivaled immersion that actually allows you to feel the road!

The level of immersion is astronomical compared to the other games on this list. You get the kicks from just about every corner and you really feel like you’re there, on the track, driving an overpowered cart down a superb runway. What’s more, you get to master a multitude of motorsports and  enjoy ” the largest track roster of any recent racing game”.

Assetto Corsa is one of the best Oculus Rift driving games that recreates an immersive environment thanks to its DirectX 11 graphics engine. You’ll get to enjoy features of real cars, some of which are truly unique and you may not have seen anything like it in other racing simulators. We’re talking tyre flat spots, movable aerodynamics parts, heat cycles, hybrid systems, and more!

Laser scan technology was used to create the circuits. This guarantees the highest level of accuracy. Tracks include Silverstone, Mugello, Imola, Brands Hatch, Spa, the historical reproduction of Monza, and others!
Once you’ve loaded a track, this VR driving game delivers a smooth performance even on large grids.

Adding a little dash of pizazz to this top, we decided to include VR Karts. Now, VR Karts is an Oculus Rift racing game designed very unlike a real race. In fact, it’s the most unrealistic game of all we’ve described here. Why? Because it’s cartoonish. It reminds me of Mario Kart. The trees have odd, cube-shaped leaves, and the race track is so colored and sweet it may have given me diabetes.

The competitive element is there, especially in multiplayer, and it’s simply cute to go around a brightly colored circuit in a little cart that seems way different from what you’d expect. We consider VR Karts to be one of the best Oculus Rift driving games purely for the joy of playing it. And we also scold it for its strange sense of perspective (you do feel like a giant driving it since your head is somewhere suspended above the cart).

Need even more VR in your life? Then you may also want to check out these great RPGs for Oculus Rift!

People are crazy about Oculus Rift driving games, and we really enjoy them as well! Racing games are perfect for VR, as you really get a feel of what it’s like to be behind the wheel!
These are our top picks, but it really is hard to narrow it down to just a few when there are dozens of other games just waiting to be discovered.

Do you have any favorite Oculus Rift racing games not on the list? We’d love to hear about your own picks!